Last Wednesday I was very lucky to blag an invite to the first Sports Analytics Conference held in Manchester Business School. This is the first time a conference like this has been held in the UK. The day was action packed with talks and networking opportunities and while I can’t do the talks justice in this format I hope to summarize what I took from some of the talks. There are some talks that I have not spoken about here – these presentations contained a lot of data, which without, I really couldn’t to them justice, for the rest I hope I can give some flavor of tat they were like.

The conference open with a video of Billy Beane welcoming everybody to the inaugural event – it was an impressive start and a sign of things to come. 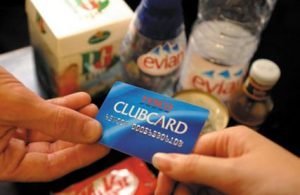 This might be a surprising speaker at a sports conference but for me it was a great way to open up the conference. Tesco collect an enormous amount of data on their customers, through their club card and Andrew Higgins presented how the use this data on a daily basis to compete. Andrew used the every little help tagline to highlight how like a sports team they look for every little 1% to make them better than their competitors and how data plays such a huge role in this. Andrew also highlighted the amount of data we are now creating. In 48 hours civilisation is now creating as much data as it did in its history up until 2003!! 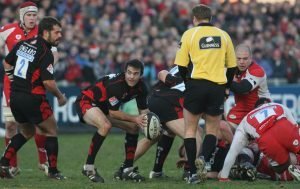 2. Professor Bill Gerrard: Discovering the secrets of The Process: Evidence based coaching in Elite Team Sports.

Bill now works with Saracens Rugby but has worked with Billy Beane (Oakland A’s GM), so he has a wealth of experience in sports analytics. One of the opening comments here was that stats seldom provide definitive answers, rather they provide context that complements the coaching process.

Bill also gave a good explanation of why Moneyball was worked so well in Baseball and why we must always bear this in mind when we apply its principles to other sports.

Bill now works with Saracens Rugby and while he applies ‘Moneyball’ principles he was at pains to point out that in an invasion game it is imperative to apply these principles along with coaching context.  Each coach at Saracens spends a few hours coding the games, not just judging players on the outcome but rather on the Effectiveness, Efficiency & Effort. It is still data generation but data generation by experts! 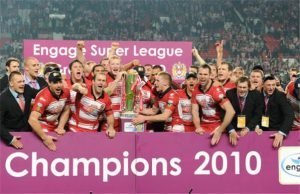 3. Ian Lenaghan: Winning on & Off the field with Analytics, Improving the bottom line.

Ian is the Owner/Chairman & CEO of Oxford United and Wigan Warriors Rugby League Club. Ian’s talk was great because it gave a perspective of monitoring players on & off field from an owner’s point of view. For me it highlighted how important the culture of an organisation is. If the Owner, Manger and players are not all on the same page it is very difficult to move forward. As proof of their concept Wigan (with exactly the same squad) went from 6th place to champions in 12 months, while also turning a large loss into a profit.

Rob Lowe, Opta: A Statistical analysis of the influence of the match officials in Rugby.

Rob gave more of practical presentation of stats. He used Penalties in both Rugby Union and League to give example of correlating stats to match outcome. There were some peculiar findings in his findings from over 318 games. Rob just looked at the total penalty count in a game and wanted to see if it had an influence on the match outcome.

While the data was informative Rob did highlight one important issue. It is very difficult to contextualize everything. This tied in nicely with Bill Gerrard’s point about adding coaching context to the data is not only important but will also give you a competitive advantage. Some of the context that you ignore at your peril.

It was too long to put everything into one post so Part 2 will be tomorrow, looking at the presentations of Fergus Connolly and the 4 analysts from Manchester City – which is not to be missed.