When looking to embark on a work placement as part of my studies for my Master’s Degree in Sports Coaching, I sat down and thought to myself, ‘how could I perform both my role as a Performance Analyst and that of a Goalkeeping Coach?’

I decided why not try and combine both of these roles and create a brand new spin on analysis and look to dissect the nowadays crucial part the goalkeeper plays within a football team. 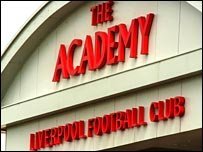 I luckily found a more than appropriate setting in the form of Liverpool Football Club’s prestigious Academy in Kirkby who were willing to let me into their setup and investigate how by looking at the goalkeeper’s development from an analysis and coaching perspective I might be able to add something new and unique to their current infrastructure.

After initially approaching John Achterberg who is currently First Team Goalkeeping Coach about the possibility of looking to implement some of my ideas, I found that they were extremely receptive and after meeting with him and Mark Morris, Reserve and Academy Goalkeeping Coach the placement was agreed.

What I was looking to investigate was how analysis can help aid the coaching process by filming training sessions and matches from solely a goalkeeper’s perspective and seeing how by reflecting on the technical and tactical aspects of goalkeeping, I could explore ways to provide feedback. This feedback took a few different forms;

Along with the coaches we prepared footage that would enable us to build up a portfolio for each goalkeeper worked with. The focus was mainly on the 2 Under 18 and 1 Under 16 goalkeeper’s but during my time there I managed to get match and training footage of every goalkeeper from Under 10s to Reserve team.

Seeing a match from a Goalkeepers perspective 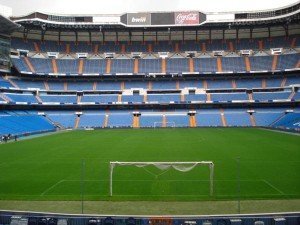 A main idea that I was keen to experiment with was filming all matches from behind the goal to get the goalkeeper’s view of the game. This was to enable a neglected area of analysis to open up in the form of positioning without the ball, angles of support, actions without the ball, flight and trajectory of the ball and general play when in direct involvement. The reasoning for this view is that the traditional ‘TV’ view missed out so much action involving the goalkeeper’s. I’m not certain of percentages etc but the goalkeeper only directly touches or is directly involved in play a limited amount of time in a match so looking at the above areas allowed for a more holistic evaluation of goalkeeping performance.

The mentioned areas of neglect seemed to have a direct correlation with their direct involvement, for example if their starting position was too deep this would ultimately affect their ability to deal with a through ball.

The response to this from the coaches and goalkeeper’s was positive and during the feedback process and we all were able to see the benefit of having this view as it brought up additional discussion points. 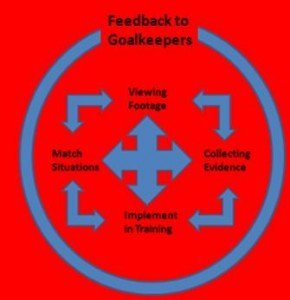 The shown model was the type of process we were working on with continual feedback being given and every point of contact being inter-linked so everything we did was flexible.

In terms of the footage I took during training, it was taken from different views and focused on an in-depth look into how effective current techniques were. From this we identified 1 main area that we were to work on through the 3 weeks I was there. The 3 focus goalkeeper’s actually had very different areas that they needed to improve upon so this gave scope to investigate ways in which the software and footage could isolate different goalkeeping actions. Although all areas were looked at it became apparent from consultation with the coaches and footage that working on this 1 area would be more beneficial rather than looking to spread my time more thinly.

All in all this fresh look at a specialist position from an analytical perspective has received very positive reviews and has given me the opportunity to experiment and deploy some of my ideas within the goalkeeping and analysis departments.

I know the whole ethos of what I’ve been doing might not be fully seen because there’s no videos or presentations but hopefully this article will give an insight into possibly one of the future progressions of analysis, that of a specialist person looking into one position of a sports team or a specific topic within a sport.

Who knows what may come of this placement and the evidence it has produced, but the chance to explore the position of the goalkeeper in great detail has only increased my hunger to continue to discover how various analysis procedures can aid the development of goalkeeper’s at all levels of the game.