Setting up as a Freelance Analyst

Setting up as a Freelance Analyst

The trials and tribulations of setting up a freelance analysis business

My name is David Taylor and since opening a Twitter account (@sports_analysis) to represent my freelance performance analysis business, the questions I am most frequently asked are concerned, not with what we can offer, but with how we went about setting up and whether there is a market for such a business. The latter question I cannot yet answer but this piece I hope will go a way to answering the former.

In my second year of uni I had already decided that I wanted to be a sport performance analyst so naturally, upon leaving, I began to look for jobs matching this description. I soon realised that although I had a full seasons worth of experience working with a professional football club as well as a first class honours degree this still didn’t seem to entitle me to any form of paid job. The football club I had worked with had agreed to allow myself and a colleague to continue providing analysis for a further season, however this was going to be in a voluntary capacity. It was then that my colleague and I decided to set up our own freelance analysis business.

Initially we wrote to 14 local clubs that played at varying levels, some with analysis departments already others without a single analyst. We decided not to head these letters under a business name but instead as two individuals looking for an opening in the performance analysis world in the hope that they would want to offer us, as individuals, a contract with the club. 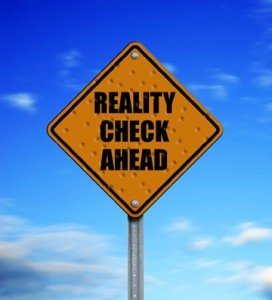 Around three weeks passed before we received a reply. It was from Southampton who politely stated that they recognised our skill set however were not currently looking to employ anyone and as a result would not be taking us up on our offer.

To date this is still the only reply that we have had!

Recently, the opportunity to discuss this matter with a HR representative of a professional football club was presented to me. In this discussion I was informed that, upon the date that graduates began to leave university the club had been inundated with letters, such as ours, and that the pile currently stood at head height! This is despite the fact that they hadn’t even advertised any positions.

A kick up the backside

This gave us a kick up the backside and provided us with an opportunity to reflect. We knew that we had the ability so decided to alter the way that we were going to portray this.

From these discussions we firstly established a business name: Optimum Sports Analysis.

After an afternoon and evening spent brain storming for names we made a shortlist of around 5 that we were both completely happy with and passed these on to a graphic designer (www.theothermattroberts.com). In return we were provided with three early forms of logo to which the Optimum option was unanimously decided upon.

Since then we now have a confirmed logo and typeface (see above), we have had business cards produced, a letterhead template created and are in the middle of creating a website. On top of this we have bought an email address and a web domain (optimumsportsanalysis.com). While we work on our new website we are currently located at  www.optimumsportsanalysis.blogspot.com

Something that was drummed into us at university is how currently, although it is slowly changing, the coaching system in this country is problematic in that the most knowledgeable coaches are at the elite rather than developmental level. This was something we wanted to implement in our business plan.

We also believe that by helping a team/individual who is earning thousands of pounds a week and who has everything that they have ever wanted, although may be more financially beneficial, may not be as rewarding as helping someone develop from grass roots or youth level. We have therefore turned our attention and the aim of our business to providing analysis to individuals and teams from grass roots upwards as well as places of education such as universities, colleges, schools and sporting academies, acting in more of a player development role. 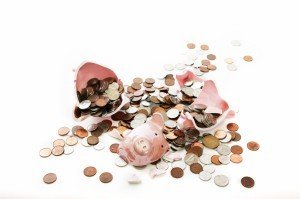 If I have learnt something through setting up this business it is that everything costs twice as much as you would expect and takes twice as long to complete.

As I hope you can imagine, being recent graduates meant that we had limited finances to invest in equipment. We were aware however that we would certainly need a computer, a camcorder and some analysis software. For this reason we have both found alternative forms of employment to help contribute to this venture.

So far, with regards to equipment, we have invested in the following:

HD camcorder: This is not a professional model but more like one you would buy to take on holiday. However we did ensure that not only was it HD but that it has a built in hard disk drive (HDD) feature (so you dont have to change over tapes at half time!!) and plenty of spare batteries. Therefore it was not cheap!

Software: At this moment in time we are using the superb, and importantly free, LongoMatch software. However as our customer demands are becoming more intricate we are strongly thinking of utilising our Dartish student license option.

With the new football season beginning as we speak and with schools returning from their summer holiday soon, we are entering a very busy and crucial time. Our attention will now be turning to the marketing side of the business, something that neither of us has done before and therefore will no doubt provide a steep learning curve. To give this a kick start and to enable customers to see what we can offer, we have decided to invite any new customers to try us for £20.

With the job opportunities at professional clubs few and far between, we hope that others realise, like we have, that there are plenty of other opportunities for providing analysis in places that your work and hard earned knowledge and passion will both prove perhaps more important and effective and will certainly be a lot more valued.

I hope this small insight may have helped in some way and I hope to follow up this article later in the year with how we have progressed and, no doubt, with other lessons learnt.

[I am delighted to be able to publish this article and thank David for writing it. I would really encourage you to ask David any questions you have through the comments section. Other people will learn a great deal from your questions and I’m sure David would be only to happy to answer them.]