Mike Haines details his experience studying an MSc at Cardiff Met University. Mike has plenty of practical analysis experience and recently completed the MSc, below he describes the course at Cardiff Met, what he got from the course and some great advice to anybody thinking of following a similar path.  Mike has his own blog over at: http://mikehainesperformance.wordpress.com

Rob: Why did you want to do an MSc and what made you choose Cardiff Met? 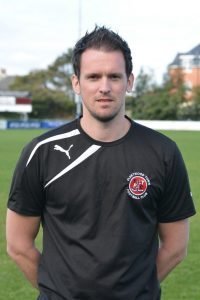 Mike: After completing a BSc in Sport Science at the University of Gloucestershire and with two years’ experience as an analyst with Swindon Town under my belt, I felt that the next step was to undertake further study for an MSc in Performance Analysis. I researched all of the courses available, but the reputation of the course at Cardiff Metropolitan University, the possibility of remaining at home and commuting in (Cardiff was approximately an hour and a half by train from my home at the time), and the fact that I could get an academic scholarship to pay my fees were decisive factors. In truth I’m not sure I could have afforded to complete a Masters without the scholarship and I still needed to work quite a lot throughout my studies to pay the bills.

Mike: I chose to study full-time and initially hoped to complete the course within a year, since the lectures (every Monday during term-time) were completed within the first eight months, leaving just the dissertation to complete. With the demands of my role with Swindon Town and another part-time job it soon became clear that this was unrealistic for me if I wanted to achieve the sort of marks I felt capable of. Whilst I allowed myself the full two years to complete the course for this reason it is definitely possible to complete it within a year under the right circumstances.

I didn’t find that the level of work was that much harder than at undergraduate level, it was more of a natural progression with greater detail and critical thinking required, and longer assignments (approximately 5,000 words compared to up to 3,000 at undergraduate for example) requiring more planning. I did find the dissertation proposal presentation very hard though, as the lecturers really grilled me on my proposal, which of course was good because this gave me lots of further ideas on how to improve it.

Rob: Do Cardiff Met provide you with work placements or did you need to find them yourself?

Mike: There is the opportunity to complete a placement module, and the university will assist you in finding a placement either with a university team or through links with professional teams across a range of sports. I can’t comment too much on this process as I already had a role with Swindon providing me with experience, but know some of my peers worked with Championship football clubs for example. Perhaps others can comment below on this aspect of the course in more detail from their experiences.

Rob: As the most established PA MSc I’m sure the lab facilities are good?

Mike: Whilst the labs were well stocked with analysis software (SportsCode Elite, Dartfish TeamPro, NacSport etc), there were technical issues at times. We received some tuition on how to use each, but this didn’t constitute much more than an introduction to them, with instructions provided to be explored in your own time. One of the assignments required the comparison of different software, which was a really good idea and encouraged you to spend plenty of time exploring the strengths and weaknesses of each. However I did feel it might have been good to be shown some more powerful processes and workflows used across different sports to give an insight into how to more extensively push the software, since not all of us gain practical experience in environments that do so. There was the opportunity to access a heavily discounted student licence for Dartfish, which I took advantage of to allow me to explore the software more extensively at home.

Rob: Is there a broad range of teaching expertise on the staff?

Mike: The teaching staff were very knowledgeable with a broad range of experiences between them, so if I had a question there would always be someone to approach with suitable insight. I was fortunate to have Peter O’Donoghue (I’m sure any student reading this has referenced him many a time!) as my dissertation supervisor and on the occasions I turned to him for guidance his responses were prompt, focused and to the point which meant I wasn’t left waiting around before I could progress my work further.

Rob: Do you think the fact that you worked as an analyst first helped you get more out of the masters, or did it matter at all?

Mike: Working as an analyst will have helped in that I had experience of the practicalities of being an analyst and where the theory you learn fits within your practice. If there is a bit of a disconnect between the theory that is taught on a particular course and the practicalities of being an analyst then being able to experience both is a positive and helps you to be critical of the theory which will benefit you academically. There are also some situations you come across as an analyst that you probably won’t come across in the classroom, such as how to react when a coach and player are having an argument and you know the footage may show that the player is correct – what would you do? 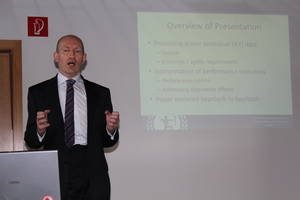 Rob: Do you feel there is a big disconnect between the practical aspects of an analyst and what is taught at masters level?

Mike: Simply being able to film and visualise data proficiently are considered key skills for an analyst and are skills that courses are not generally considered to be particularly good at developing in students. However the course included a module where we were required to analyse a performance and produce an interactive dashboard and video to present our findings. Quite some time was spent on the importance of visualising information for effective feedback.

Rob: Was there one main thing you took away from the course?

Mike: One of the major aspects I took on board from the course was reflective practice. This is something I was introduced to at undergraduate level but didn’t fully take on board until studying the Masters. I now reflect regularly on my professional practice and this is something I feel really benefits my work. I started a blog as a result (mikehainesperformance.wordpress.com), which has also provided further opportunities to network with others in the industry.

Rob: What gaps (if any) are missing at university – if you could add something to the course what would you add?

Mike: One thing I have found is that some interns I have worked with haven’t had much knowledge or understanding of Excel or Numbers. Being able to set up and maintain statistical databases is a skill highlighted on most job specifications but it doesn’t appear to be given much time in courses. There was a 3 hour session on Excel and various uses within PA on the Masters course at Cardiff Met, and links for further reading and tutorials to work through were given. More time could perhaps be spent on it but at the same time the onus is on you as a Masters student to spend the necessary time developing these skills and there are only so many hours of lectures to cover everything.

Rob: Since finishing the course how has you analysis life been going? Mike: From January 2013 I started applying for jobs more extensively, as it was becoming clear to me that I needed to leave Swindon if I wanted to find full-time work as an analyst. I found that having the MSc on my CV helped me to get to the interview stage far more often than I had previously, but frustratingly I kept getting down to the final few candidates and missing out. By the end of the Summer I was getting to the point where I wondered if all the hard work and sacrifice had been worth it as I had a number of rejections even for unpaid internships. Then shortly after submitting my dissertation I was invited for interview at Fleetwood Town. Not only was I put forward for the role on the back of an interview earlier in the Summer with Prozone, but David Lucas (a current Player/Goalkeeping Coach at Fleetwood) was at Swindon previously, and on seeing my CV contacted a member of staff at Swindon to find out more about me. The interview went well and I was offered the role of First Team Performance Analyst shortly after.

Whilst the MSc undoubtedly helped me get through the door initially by helping me to meet the criteria for the role, I am certain that the previous experience, hard work and networking I had done over the years played a big part. An MSc is an important qualification when seeking a job as an analyst, but not the only aspect that will get you a job.