Innovation can often come from the most unlikely of places. True innovators tend to see the world differently and invent products nobody thought possible. Sometimes you can be so caught up in a job that you can’t see how it would be any different. One of my favourite quotes of all time is by Henry Ford “If I had asked my customers what they wanted, they would have asked for faster horses”. Innovation does not always come from the inside. Take space travel, because humans tried to go to space we have ended up with some innovations that we use in everyday life.

that is just to name but a few. So rather than look at the traditional places where sports innovations might come from I wanted to explore two industries that are going to play there part in sports development, both on and off the pitch. 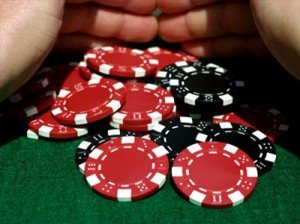 I was looking back over some of the video from the Sloan MIT Analytics Conference (or as one observer called it the Sloan Geek-a-Palooza).  If we look at the gambling industry, they are certainly not ignoring the data. At the MIT Sloan conference there was a fascinating discussion about the use of statistics within the gambling industry. They are finding that more and more, it’s investment bankers, actuaries or statisticians that are the people gravitating towards serious sports gambling rather than the traditional sports fanatics.  The first clue for me that numbers matter is this, these guys are smart people and understand numbers better than most. These guys clearly feel that there is some value to be found in understanding the data.

What is distinctly possible is that the gambling industry might drive the better use of statistics within the sports world. At the moment there are plenty of companies who’s sole job is to collect this data and then sell it to interested parties, for example most people in the UK will be aware of ProZone and Opta, but there are a growing number of firms around the world collecting this information. Like with most businesses, these companies would have started off with a clearly defined set of data they want to collect. What changes their mind? – usually it will be customers. Customers will ask for new information or new ways to examine information and that is what will often drive innovation. 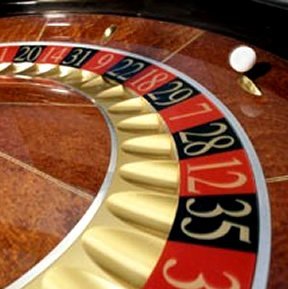 So why could/will the gambling industry drive innovation back into sports, well because potentially there is a lot more at stake for the gamblers. Casinos in Vegas or large bookmakers around the world take vast sums of money on each game. For example over $92 million dollars was put on the 2008 Super Bowl. Despite being in the chance game these guys stack all the odds in there favour, if there is leverage to be found they will find it. The level of investment they can afford is enormous. There is no doubt that they will want to keep as much of their information private, but there is bound to be some slippage. Perhaps we will see teams employing ex-bookies to advise them on what the gambling industry has found to be the most interested statistics.

This might seem like a strange one but I am seeing more and more evidence of insurance companies having an influence on sports teams. In the NFL for example every single training session must be videoed and documented, while I’m sure the NFL teams like to video their training – the main reason is because of insurance. The insurance on players is so expensive that insurance companies insist that all training sessions are videoed so they can review any injury that might take place.

The NFL has a really interesting example of this in action. They will have a pilot programme for the 2011 season where they will place a number of sensors (accelerometers) into the players mouthpiece and helmet. While this programme is clearly being designed to improve player safety and better understand concussions, there are bound to be some added benefits to managers and coaches to having this data.

Teams are employing databases to log everything including the GPS data that players have traveled. It is also worth noting that because there is a real cost associated with insurance it might be easier to justify spending on sports technology and staff to the powers that be.   I predict that we will see this area grow more and more and who know’s what innovations it will bring.

Innovations often come from the most unlikely of places and we shouldn’t get caught up with just trying to make our horses go faster! I will leave you with this final quote to consider. “If you’re not failing every now and again, it’s a sign you’re not doing anything very innovative.”