[Industry News is a new feature that I hope to bring you once a month. It will be a round up of the latest news, gossip and up coming events in the Performance Analysis Industry. The feature is written by Dan White] 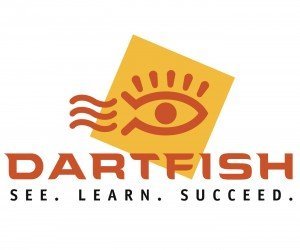 Starting with new software, the release of the eagerly awaited Dartfish 6 has arrived, it comes with many new and update features from the previous version. The new video import system makes it easier and faster to import video from multiple sources such as live import from DV cameras or from DVDs of footage. Dartfish have also made it easier to create and customize tagging panels and improved the triggering of multiple events off one button. As well as making the search function easier to use. The most interesting new feature is the zonal tagging system with a simple diagram of your selected pitch you can divide this into even sections to locate where each match event happens.

With the release of the new MAC OS lion, Sportstec have released an update to their packages Sportscode and Gamebreaker+. The version 8.5 update contains several new features and also fixes the red flashing  playback screen in live capture mode issue in the previous version. The new preferences allow you to create a single movie file after capture, merge overlapping instances during capture and allow you to nudge the audio on your video. As well as these new preferences sportscode have added more import options to include polar heart rate data and sportingpulse data. This version will be the last before the transition to Mac OS Lion and version 9.

One of the biggest bits of news from the world of performance analysis is the joining forces of Prozone and Amisco. The deal sees both companies keep their individual identities however will combine their skills and expertise to develop new products and services aimed at enhancing performance analysis in professional sport. They will also combine their databases of global match data, helping to improve current services to their clients in particular the player recruitment and opposition analysis services.

With the new premier league season having starting in August there was the arrival of FourFourTwo magazine’s Statzone. This is a new application for Apple mobile devices such as the iphone. Powered by Opta sports that streams live data straight to your mobile device from premier league matches and now also features Uefa Champions league match data. Statszone allows you to track every pass, tackle, shot, foul and assist, compare player vs player or team vs team, player influence. You can analyse each game as if you were a manager of the team and share your analysis with friends and colleagues via Twitter, facebook or email. The app itself is free from the itunes app store and comes with last seasons premier league data. To get access to this seasons live premier league and champions league data simply pay £1.49 per competition. (Also see this video review.)

TheVideoAnalyst.com held its first conference at Loughborough University in August. The day was a great opportunity for budding analyst to get an insight into the work that analysts working for some of the biggest sports teams in the country. There was also a good presence at the conference from companies, with Prozone, Dartfish, Spinsight, Performa sports and Pierro who gave live demos of their equipment and services used by many professional sports teams around the world. Overall it was a thoroughly enjoyable day packed full of interesting information surrounding how to get into performance analysis and what analysts do, with some lucky people going away with a fantastic range of prizes from experience days at football clubs to Ipads and licences for Dartfish.

One conference in the near future is Leaders in Performance, this will take place in london on the 5th and 6th of October. The invitation only conference organised by Chelsea FC will be the 3rd conference following successful conferences in 2009 and 2010. Speakers this year include Frank Arnesen (Sporting Director, Hamburg), Billy Beane (General Manager, Oakland A’s) and David Brailsford (Perfromance Director, Bristish Cycling). As well as these speakers there will be a series of performance-specific workshops and exhibitors for performance related companies such as Prozone, IBM, Aspetar and many more.

The 8th International symposium on computer science in sport took place in Shanghia, China, during september. Having looked at the research titles presented at the conference it’s very encouraging to see lots of research in the area of performance analysis being presented.

If you have a story that you think should be included or you are a company in the industry please forward any possible news/article to info@thevideoanalyst.com. Likewise if you have any suggestions for the site please let me know.