All in this was a great day and easily the best of the 3 conferences Opta have organised. A lot of the speakers this year were annoyingly young and talented. The event has been held at the same venue each year but the room has gotten a lot bigger.

This year the event had 6 presenters rather than 10 but it allowed more space and the day certainly wasn’t lacking for content. A special mention for Neil Charles’ (from hilltop-analytics) poster presentation which seemed to attract the biggest audience of the 4 posters. (Please note; that’s a completely unscientific analysis). 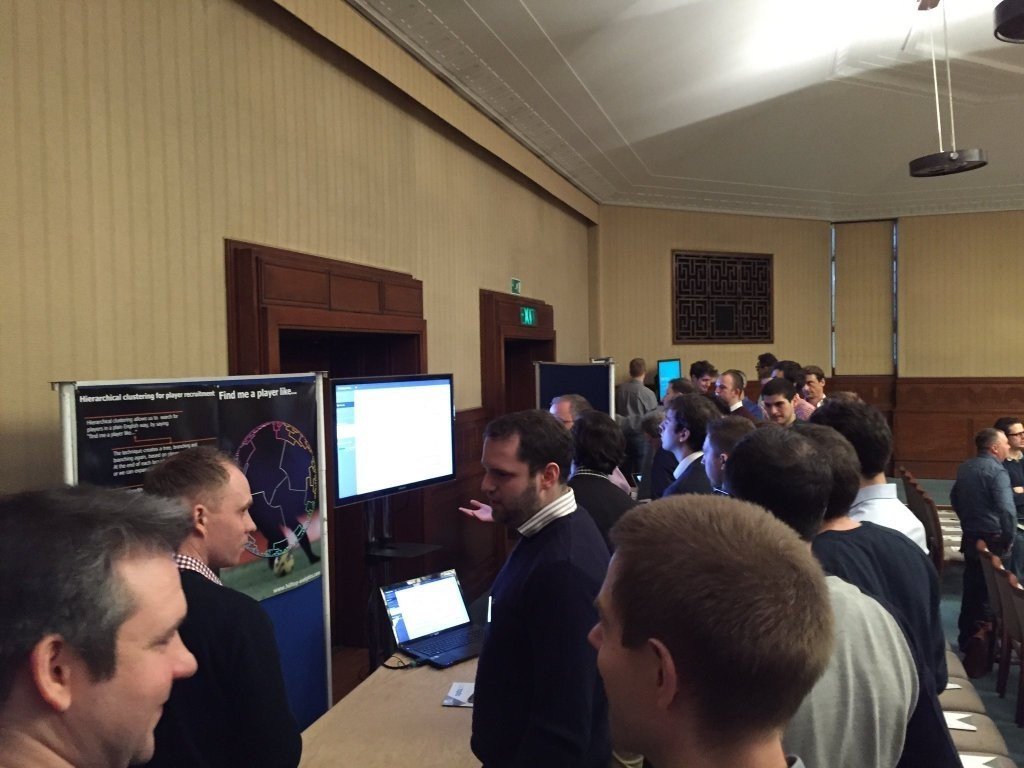 Neil’s analysis was based on being able to pick a player and see what other players he is most like. So for example if your club is about to lose its star player this database would allow you plug in X players name and find a group of players who display similar characteristics based on a number of metrics. Obviously the metrics could change or be adapted by individual clubs but the concept is the same.

While I love the principle of this work I was also very impressed with the user interface Neil built to display the data. It’s been a theme of my write-ups on these Opta conferences (see here & here). It is one thing to have the analysis/statistics done but it is a very different skill to present that info. It was a point the last presenter Dean Oliver made and Neil accomplished with his widget. Its a skill to present numbers to anybody not least non-numerical people. For me this always comes across in the presentations. You can tell which of the presenters have had to present numbers to non-numerical people before and those that haven’t. 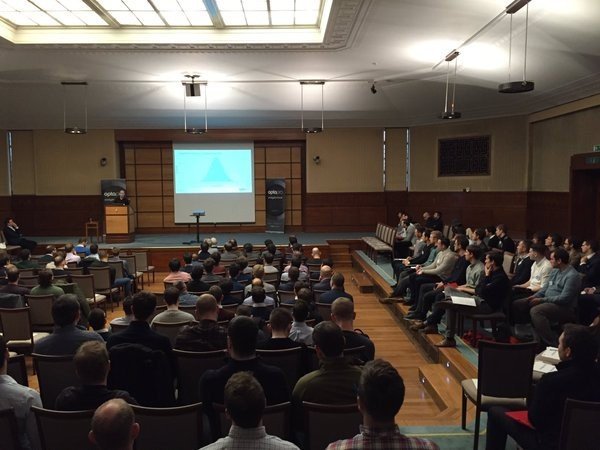 For me the presentations (and posters) are less about being the finished article or having the best metric and more about is there a good idea there and coupled with the expertise that no doubt exists within football could something better be built. For somebody outside football there certainly seemed like there was the start of some very good ideas. 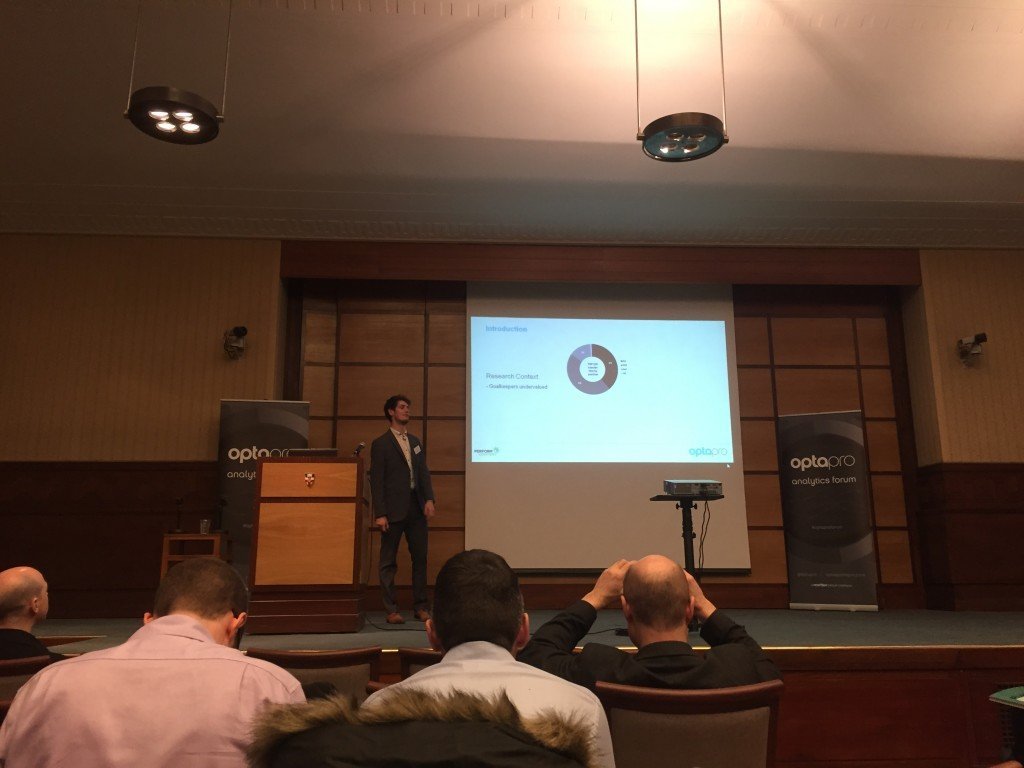 Sam Jackson presented on measuring GK’s. I will leave the intricate details of his presentation out for now but in essence he created a new metric that took account for keepers ability when faced with crosses and their willingness (aggressiveness) to come and punch/catch.

Does the player need to know his score on this metric? How would knowing that benefit him?

He might not need to know, but his coach should. Maybe it agrees with his intuition but maybe it doesn’t. And if the coach was unaware of the weakness now it’s up to him to do something about it. Obviously he will add his own interpretation of the player, his gut feel and coaching expertise, but ultimately I see this as the coaches responsibility not the analysts to feedback.

It’s too much to expect someone to have the technical expertise to create a reliable and valid metric, conduct the analysis, make it usable and understandable by coaches and be given the task of building enough trust and respect with the players to then go and delivery the info.

Dean Oliver again mentioned something like this in his presentation. One quote I found particularly interesting was;

‘I never say anything to the players, I talk to the coach’.

This quote might be surprising to some but I think this is the norm. Despite some of the scenes you see in Moneyball it’s rare and takes a long time to build up the trust with the manager and the players to allow you talk directly with them.

The reality is for the most part you will deliver your message through the coaches and manager and almost never directly. Will this change – maybe! But for now I would be happy if my analyst can do some sound analysis and get that message to the coaching staff. The delivery to the player is up to them. So here are some other general thoughts from the day, In no particular order;

As I said at the top and thoroughly enjoyable day. Great opportunity to not just hear some great presenters but too also mix in a room of such intelligent people.