Life as a Performance Analysis Intern

Late last week I received an email from somebody I know through this site. The person involved wanted to remain anonymous and didn’t want to name (and possibly shame) the clubs involved. Below are his thoughts on working as an intern in the Performance Analysis industry. I think there are some excellent points made here, especially about the learning that goes on in university as against ‘real life’. I think this adds significantly to the intern debate so enjoy….

Working as an Intern 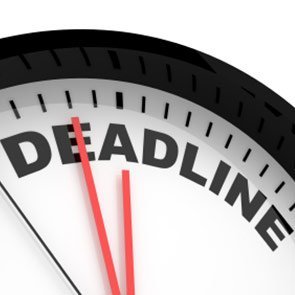 Having worked for experience or as an intern at four different clubs, and ending up in a full-time position, I feel like I should contribute to this debate. It seems to me that the main issue being discussed is simply the question of whether interns should be paid as a standard, however I think it does come down to the skill set and level of contribution that you can provide. If you are on a four year ‘sandwich’ degree involving a placement year for experience, then this added year is often unpaid, should this year be viewed any differently if it is following a completed three year course?

Taking my own experience as an example…whilst I was at University I gained experience with a local BSP (Blue Square Premier) club, where two of us provided ‘snapshots of sport science’ for them to showcase the type of services they could utilise if they turned professional in the future. This self-driven module helped me to get onto an unpaid internship at a more professional BSP club after finishing my BSc degree, whilst I was studying for my MSc. I had also interviewed at a Championship club however was told that I was ‘overqualified’ and that the general role seemed to involved putting weights on bars and mixing supplements. Although it was a lower league the BSP opportunity seemed far better either way. This BSP internship was a fair commute  away & long hours with very little professional development from the clubs side, however I still feel that it was beneficial in learning about the environment that you have to work in for example; 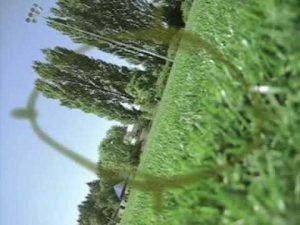 The downside was that apart from the odd bit of guidance from an ex-analyst then working as a part-time coach, there was very little effort from the club in order to develop my skills, and it appeared as though I had been brought in just to film, clip and produce dvds. I was following this process most evenings at home and at weekends and regularly covered 6+ games a week. As the season went on I drove my own development by going to courses & conferences and generally attempting to pick the brains of more experienced analysts at other clubs. At times I felt as though there was the potential to have a real impact however I didn’t have the knowledge or receptive environment around me to really contribute. It was only when the youth department camera was broken by a member of staff using it as target practice (!), and an inadequate replacement provided that I was able to really focus on the First Team work and started to open a few eyes to how useful an analyst can be.

At the end of that season there was no job available, and so I got in touch with a local League 2 side where I organised paid part-time work on a match by match basis. The attitude from the coaches was receptive, open and creative, and learning from staff with previous analytical experience I found that I developed my skill set more in 6 weeks here than in the previous season. Despite being a relatively small club, after a few weeks working with them I was offered a bit more money to increase my hours, and was told the aim was to gradually increase this until potentially I could become full-time. Before these developments took place I was offered a paid internship at a Premier League club and left on good terms, however I believe they have now set up an intern based analysis department giving responsibility to a team of students. Low money yes, but a fantastic place to learn. 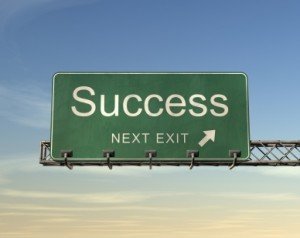 Working last season in the Premier League was clearly different to my previous experiences in football, however the basic qualities that I had started to develop helped me to gradually contribute more throughout the year. Learning from and being guided by more experienced analysts I was able to put the work ethic developed at the BSP club to good effect, and I built on the type of work I had started to produce towards the latter end of that season, and at the League 2 club. I gradually increased my skill set throughout the year eventually leading to a full-time role assisting the head analysts moving forward, with a lot more responsibility.
I do however believe that if I did not have a bit of experience under my belt prior to starting off at the Premier League club, I would not be in a full-time position now. The football environment is unique, and besides helping to open the door to these internships my degrees are now largely redundant. Coming out of University I feel that most students (myself included at the time) do not possess a large number of the requirements to work full-time in football, there’s a hierachy in football that has to be respected, learning when to speak and how to deal with people, managing expectations is a big one, if you have a manager standing over you saying he needs something done in an hour and you know your technology will take 2 hours, you have to be able to communicate this. Often this is with people that don’t 100% understand the technology and may think you are just slow. Theres a pressure that comes from the authority and people around you, and if you have a faulty piece of technology and cant complete the task there and then this is stressful.

Therefore people shouldn’t expect to gain a salary reflective of this. I believe that an internship high up the football pyramid should be paid, however the people getting into these positions are generally likely to have some prior experience either during or post University to get to the front of this very popular queue.

Working on expenses or a low wage at a BSP or League 2 club is a fantastic way to develop skills both personally and technically. Starting off at this level may not seem glamorous however these opportunities often place larger responsibility onto people who would sometimes simply be asked to put weights on bars higher up the football pyramid. It is a long process, and you have to be very committed and aware of the risk of it being unsuccessful, however there really isn’t much of an excuse these days to come out of University without a bit of self-organised experience under your belt.
Who would you expect to be more ready for the working world…someone coming out of a 3 year course with no experience, or someone who has gained experience on their course or by extending it with a ‘sandwich year’? Whether this year comes during or after the University course it is unlikely to be paid, and ultimately in my opinion vital. Only after two years in the game do I feel like I can contribute enough to deserve a full-time wage, University is simply not enough.