There’s an App for that!! – Below are 5 apps I have found for the iPhone & iPad that could help you with your on field analysis. I have tested them all out, and while none of them are perfect, they all have their merits. 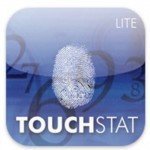 Quite a simple little app but could be very useful when looking at a small number of actions. Basically, you can list a set of actions or players on the left hand side of your screen and then rate them by – Great(3) – Good(2) – Poor(1) – Bad(0). There are summary stats available at the end of the match and as the game is in action you can see the average score for each action or player. You can fit about 7 actions on the screen before the need to scroll, so I would recommend sticking with that number, because as the game moves you won’t really have time to be scrolling up and down.

There is a desktop application (no details of a cost) which allows you sync the data to video which can be filtered and shared via CD, Email or YouTube. 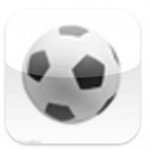 Also see GAA Traker, Netball Tracker, Rugby Tracker and Hoops Tracker. These apps are all developed by the same developer – Tom Brewster. They all follow pretty much the same principle; There are 3 screens involved. First screen you press the team, second screen is the player, and then the action. For example; I might press – Chelsea, Player 10, Goal.

The app will give you a nice detailed set of reports, either during the game or post match. You can get a summary report, time line report or an event type report. The summary report can be easily emailed.

Overall this is a very useful app, my only reservation is how quickly you can add all the information without missing anything. 3 screens (and sometimes 4 depending on the event) can be a lot of information to gather quickly. 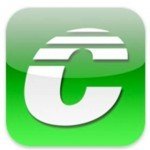 My research into this app is slightly limited put I did want to include it. You can download the app fine and make quite a detailed coding panel, prior knowledge of how exactly the Sportstec desktop applications work is probably advisable.

Unfortunately my use of the app was limited as you need a Mac (which I don’t have) to read the information. The app also warns you to contact your local authorized distributor. But for anybody with a Mac it is probably worth checking out. 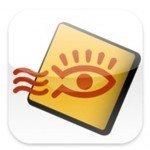 This is quite a simple but effective app. It certainly won’t go into the same level of detail as something like Footy Tracker, but what it lacks in detail it makes up for in flexibility. It can be used for any sport and acts as a very simple counter of events. You design a panel with anywhere from 9 – 30 buttons, all on the one screen, and label them as you like. As you press each button, the number of times that event has occurred will appear on the screen.

There are some in app reports and each event is time stamped. The app will also let you export the list of events, by email. There is also the possibility to link the events list to video using the Dartfish desktop software. 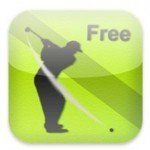 This is listed as a Golf App but I don’t see why it couldn’t be used for any sport. This app is very different to the ones above, which looked at statistical analysis. Swing Reader looks specifically at video. You start the app, which launches a video recorder. Press start record, record your skill (golf or anything else) and then hit stop when you are finished.

The app will then give you a picture of each frame of the video allowing you examine the skill in as much detail as you like. You can also play the video back at various speeds.

This app would be great for a quick look at skill development. From place kickers to sprinters you could quickly take out your phone take a few quick videos and examine the skill pitch side or directly after training.

If anybody has any other apps they’d like to share I would love to hear about them.