This is a guest post written by Alex Rathke.

With the Six Nations one week away, it was time I posted this. Last week, I released a blog post examining and explaining individual player visuals for the upcoming 6 Nations Tournament. In that post, I started off by posing questions as to why some sports (football) had more bloggers writing about public analytics in sport than others (cricket, tennis & rugby) to name a few. I concluded that a) perhaps I had not looked hard enough or b) it must be data related.  Either way, when you can find both, such as this kicking model for example, built by goalkickers.co.za, analysts and coaches can measure and improve kicking performance. Please click on the image to view the post.

I had some trouble – or let’s say a lot of trouble finding rugby stats. Some websites only gave me kick percentage which was anything but insightful, while others provided some but absolute minimal data of any sort for club level rugby. This blog post might have never materialised if I had not stumbled across the New Zealand Herald. Thanks to them, I was able to use the publicly available data provided by Opta (I assume – as their logo appeared at the end of the page). While the statistics are not as detailed as I would like them, I am quite happy from what I was able to gather together to use as metrics for player evaluation and/or benchmarking. In no particular order, I was able to collect the following statistics:

One thing I will mention before discussing the metrics in a bit more detail is that I was unable to find event definitions that Opta use to code the metrics above. The football events definition list is very easily accessible but the rugby one seems to be kept within the secret walls of Opta (which is totally their right to do so). Though the understanding of these events is then difficult. How are the events coded? What is the subjective input for the objective observation? What can we mention about the statistics?

We notice the quantity of the statistics over the quality of them. For example, passes…we do not know if the passes were successful not. Most clubs/federations like to further distinguish these through descriptors as a positive or negative pass for an individual player. The same process can be applied to Tackles (above).

Of the quality, which statistics are more important than others?

Over the course of a season, which metrics may tell us more about players as Expected goals have been able to for players and teams in football.

Off the ball events are still and will for a while be re-occuring isses. Sometimes just like video alone, statistics cannot tell us everything we might need/want to know about a player. ChyronHego are one of the solutions if you are interested.

In order to break the individual statistics (KPI’s) down into more manageable chunks, I divided a squad into 10 positions:

and then attributed the metrics in accordance with player positions. Even though players have a set-position when they start out, these can change over the course of the game or even over a tournament/season because of a number of events: 1) game needs – such as tactical adjustments or through 2) injury to players and so forth. For example, Ireland’s Rob Kearney sometimes plays as a Fullback or Winger for Ireland. There are then two ways this visualisation can be used.

Having read through this blog post by Ted Knutson, I found this explained the second method very well.

Another problem that I quickly noticed was that players played a variety of different minutes throughout the 6 Nations tournaments. For the visual that I designed, I took some aspects from the football analytics community and applied them to my visualisation. The main aspect being p90 which was introduced to us by Benjamin Pugsley, was adapted to p80 for the duration of a rugby game. This standardises the raw numbers for the amount of time that a player was on the pitch for. For the visualisation, I have only included players who played more than 2 p80’s during the full 2015 & 2016 6 Nations tournaments.

** Please have a read over p90 before moving on if you are not familiar with it. It is very important to understand how it works and why it should be used when evaluating players in all sports, not just football. **

The one hindrance this dataset has is that usually one would like a bigger dataset to work with. Seeing as this though is an introductory piece and the 6 Nations tournament does not have that many games, we can use it as a sort of trial run. Ideally, I would like to use this to analyse players in a full rugby season, but the 6 Nations Tournament will have to do for now.

How to Read the Visualisation

Now how do I use the chart and more importantly read it?

Let’s take three Flyhalf’s (England’s Owen Farrell, Ireland’s Jonathan Sexton & Wales’ Dan Biggar) as an example for the 2016 6 Nations tournament. The further right the player’s dot is, the better they performed (except for Tackles Missed & Turnovers Conceded) – where the opposite applies).

Are the results surprising and if so, where and why?

While Farrell scored more penalties than Sexton and Biggar per 80 minutes on average, I would not call the numbers significantly better than his counterparts. If anything, kick location using video should be used here to further develop a profile on their kicking ability and if one or all three possibly have a difficulty with a certain area or angle of kick.

While Biggar’s conversion numbers for the 2016 tournament were better, this could be down to Wales scoring the most tries (17) followed by Ireland (15) and England (13). Therefore, Biggar had more chances to convert the tries than his counterparts.

Again (just like the penalty goals), looking at where the conversions took place would also influence if Biggar was indeed better at converting his kicks than Sexton and Farrell.

The graph only shows two data points (those of Biggar – orange and Sexton – green) but Farrell’s purple dot is nestled in neatly behind Biggar’s. The reason for this is that Wales scored the highest points total (150) of the tournament followed by England (132) and Ireland (128). On a per 80 minute scale, Biggar lead this category for the tournament (14.55) followed closely by Farrell (14.49).

Based on these results, we can see that Farrell and Sexton were more involved in committing to tackles on average over an 80 minute period (9.87 & 9.63) than Biggar (7.81). On the tackles missed per 80 minutes, Farrell missed the most, Sexton the least and Biggar was in the middle of the two. Yet if we subtracted the tackles missed from the tackles, Sexton would have come out on top in terms of efficiency (8.25) followed by Farrell (7.35) and Biggar (5.93) on average over 80 minutes.

The number of offloads made by the three Flyhalfs on average per 80 minutes were limited to around one or none a game. Biggar made more offloads than Farrell, while Sexton did not attempt any. Offloads are a risky form of pass as loss of ball control can happen at any stage but can therefore be very effective in forming attacking play.

Open Play statistics have been thoroughly examined throughout academic research and have been mentioned to distinguish winning from losing teams (Bishop & Barnes, 2013) & (Villarejo et al., 2015). For the purpose of this blog post, open play kicks (I assume due to the name) are kicks made during the game an excludes conversions and penalty goal kicks. Biggar (16.97) again excelled over Sexton (13.52) and Farrell (5.25) in open play kicks per 80 minutes. These numbers for Biggar and Sexton seem to be quite high and while I cannot find any numbers for direct comparisons with other Flyhalf positions, winning teams according to Villarejo et al., (2015:107) “completed significantly more kicks” and Watson (2016:2) average “around 30 kicks per game” (out of hand). This amount would (over the course of a game) seem to be accurate, as Flyhalf’s make a number of key tactical decisions (whether it be kicks or passes) which will impact on the game.

Overall, we could say that Biggar had a better tournament than Farrell and Sexton in a FlyHalf position. This could be put down to his conversion, points, tackles, offloads and open play kick metrics, which were all higher even though he played less minutes during the tournament. However, it’s not that simple to be honest. As I like to put it, the above metrics paint a picture (mostly still black and white to an extent) of which players may be better at some metrics than others, the picture is still missing a lot of colour! Just because the statistics and metrics may favour a player (in this case Biggar) based on his 2016 performance, there are still a lot of other/unknown factors accounted for. Deeper analysis is needed to paint the best picture possible of a player/position.

How to use the visualisation

Now you know, who’s better at this and that (the old Cristiano Ronaldo vs Lionel Messi argument), let me quickly talk through how to use the visualisation.

I designed the Tableau document as fool proof as possible and the filtering actions on the right-hand-side should hopefully make sense. In case they don’t, they allow you to filter individual player, country and even year on year performance for each position.  Click here to access the visualisation

Elsewhere, time and memory dependent, I would like to update the workbook after the 6 Nations and then discuss some player specific visuals or even position specific visuals.

I look forward to hearing about any feedback that you may have regarding any part of this blog post.

P.S. I would also like to thank John Farrell for his insight and help and Rob Carroll for inviting me to post this here.

Bishop, L. & Barnes, A. (2013) “Performance indicators that discriminate winning and losing in the knockout stages of the 2011 Rugby World Cup”. International Journal of Performance Analysis in Sport, 13: 149 – 159.

My name is Alex Rathke, I am currently working as a performance analyst with Rydal Penrhos School in Wales. I have a MSc in Sports Performance from the University of Limerick and my main interests include watching sports, learning new tools and software and using video and data visualisation to help build a high performance environment. You can reach me at rathkealex@gmail.com or @AlexRathke and via my blog: alexrathke.net. 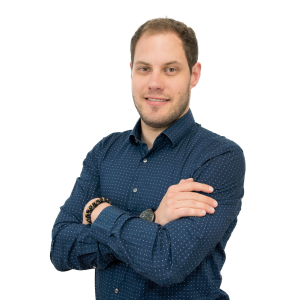