Do players really learn anything from team meetings? There are numerous examples from traditional education where breaking the ‘Lecture’ style classroom sees a big increase in learning and more importantly retention of that learning. For anybody who hasn’t seen it yet I recommend you check out this post by Mark Upton who makes the point; 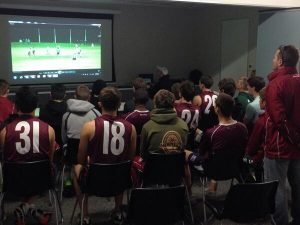 Educational institutions are coming around to the fact that the way we design areas for learning (“learning spaces”) and deliver sessions in those areas have a huge impact on the quality of learning. Often a key to effective learning space design is the enabling of a collaborative/social exchange between participants. When well-designed learning spaces are then complimented by the use of technology (such as digital video, interactive whiteboards, mobile devices & wireless networks) new levels of learning and education are potentially achievable.

Or this somewhat unbelievable TED talk from Sugata Mitra showing how giving kids access to material and almost leaving them to it produces better results than the traditional educational model. 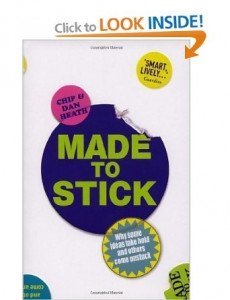 As analysts or coaches our job is no doubt to ‘analyse’ what happened and come up with a strategy to improve performance but both of these are useless without the ability to impart that knowledge. I read a marketing book recently that explored something really interesting and transferable to coaching. The book is called Made To Stick and it’s basic premise is to improve you (as a business or coach or anybody who wants to communicate an idea) in imparting that idea.

The book makes reference to the ‘Curse of Knowledge’, this idea that the person sharing the idea has all sorts of insider information that others don’t. I see this a lot in presentations from coaches, they almost forget they have seen the clip 20 times where the players might be watching to for the first time. On the coaches part there is this implied knowledge that the players have which often they don’t.

Throughout the book the authors refer to this concept of ‘Commanders Intent’ – I think this is a fabulous concept and should apply to all teams & even team meetings. I know I said above that team meeting can be ineffective but for the moment they are here to stay and during a tournament or competitive campaign it is not always possible to set up ideal learning environments. The basic premise of the Commanders Intent is that the leader, Head Coach for example, sets a very clear philosophy and if any subordinates are unsure about what to do they can simply ask themselves if their decision will help them achieve the Commanders Intent.

Army Commander: “We need to get to the top of that hill as safely as we can”. There no detailed instructions on how this is to be achieved, what route to take or how long, just that the primary objective is as safely as possible. The consequences of this are that any individual soldier or squad leader can adjust their strategy at any moment; but they must adhere to the primary objective. 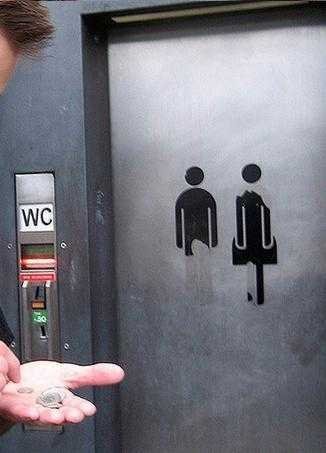 Ryanair: “Low Fares Airline”, Ryanair are so clear about there commanders intent that they put it next to their logo. Ryanair do nothing that would jeopardize the fact that their primary objective is to be the Low fares Airline. For those who don’t know Ryanair – they constantly toy with the idea of charging people to use the toilets on their plane! Whether you agree or not with the intent the strategy is crystal clear and no staff member could be in any doubt when left with a decision to make themselves which way they should lean.

In a sporting environments team may have a commanders Intent – ‘to be the hardest team in the league to beat’, to be the highest scoring team’ or ‘to play a passing game at all times’. I have worked in many teams where this has not been clearly defined and you could argue that such an overarching goal is difficult to adhere to – but if it works in War and Business why not in sport?

Finally – I would be a firm believer that every meeting should have a commanders intent. There should be one clear message to deliver, of course there may be subplots but if it doesn’t lead to the main Intent then leave it out. Players want clear messages and too often coaches try and deal with 4-5 playing aspects in one meeting, sometimes just to fill the 20 mins they set aside. I would be much happier showing only 2 videos if that meant we got our message across and it was understood by the players. If you read the following 2 statements ask yourself which project you would rather be involved in, which team would you rather join and which plan is clearer? 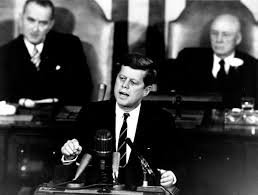 JFK said “put a man on the moon and return him safely by the end of the decade.” if he was a CEO he probably would have said “Our mission is to become the international leader in the space industry through maximum team-centered innovation and strategically targeted aerospace initiatives.”

I challenge you to even remember half of the second statement this time next week. So be clearer as an analyst and as a coach. Give your team one Commanders Intent and even try to have 1 Intent per meeting. Any thoughts?