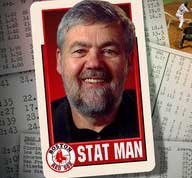 Bill James started a movement in Baseball, a movement that changed the game, how it was perceived and how scouts, management and staff did their jobs. But Bill James is not a coach, in fact he never really even played the game. He is simply a man dedicated to understanding Baseball and challenging conventional wisdom, “I think about baseball virtually every waking hour of my life’. He started his movement  in 1977 with the publication of his first book titled; Baseball Abstracts: Featuring 18 Categories of Statistical Information That You Just Can’t Find Anywhere Else. He sold a whopping 75 copies! 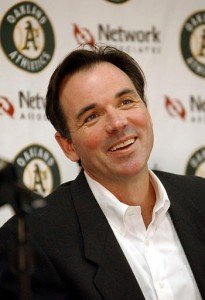 Bill James continued to write his Abstracts until 1988 when he became disillusioned with his readership and opposition to his views saying “It is a wonderful thing to know you are right and the world is wrong”. It took until the late 1990’s when the Oakland A’s general manager Bill Beane employed  James’ methods. Beane had read all of the Abstracts and they had appealed to him as an ex-player and now a general manager who had to achieve great things on a shoe-string.

Effectively Beane was looking to find inefficiencies in the Draft and pick up players that other clubs would under-value because they didn’t fit the perceived wisdom of what made a great baseball player, usually unfounded subjective criteria passed on from generation to generation without every being questioned.  In a novel role for a sport team Beane had the help of Paul DePodesta, the head of R&D (how many sports team have one of these?). Between season 2000 and 2006 the Oakland A’s reached the Playoffs no fewer than 5 times, significantly out performing both conventional wisdom and their budgetary constraints.

Fast-forward to 2003, James was hired by a former reader, John Henry, the owner of the Boston Red Sox and now owner of Liverpool. The move generated some controversy, but after 25 years James had finally gained an official position within Major League Baseball. Current Red Sox GM Theo Epstein also turned out to have a sabermetric bent. And unlike Oakland’s built-in handicap of a money shortage, Boston was willing to spend, with history-making results. 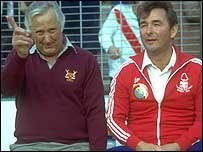 Although James was clearly not the only person to ever reflect on the game it was his dedication to constantly examining the perceived wisdom that has so revolutionized the game forever. His methods, used so effectively by the Oakland A’s highlight the need, especially for smaller teams, regardless of the sport,  to constantly examine perceived wisdom and find inefficiencies in the market. A classic example of this was the infamous duo of Peter Taylor and Brian Clough who constantly found undervalued stars and turned them into League and European Champions. Arsene Wenger could be considered in the same vain with the success he has had in the transfer market, buying young or undervalued players and selling them for a considerable profit a few years later (Henry, Overmars, Petit, Viera, Anelka, etc…).

Although on the face of it Baseball seems an easier sport to apply these methods to than others, it has not stopped many General Mangers in Basketball & NFL trying to find similar inefficiencies in their markets. It seems that the US is the hot bed for this type of research but not only that, it seems Baseball, Basketball and American Football are among the first sports to move the analysts from the back office to the Front Office. 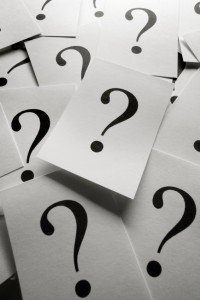