The aim of this International Society of Performance Analysis of Sport (ISPAS) workshop is to provide performance analysis practitioners, academics and students with a platform to attend high quality applied and academic keynotes alongside presenting their oral and poster presentations. The theme for the workshop is ‘Innovation in theory, practice and technology in performance analysis’.

For more information and to book your place visit the conference website; http://www.mdx.ac.uk/events/2017/09/7th-ispas-international-workshop 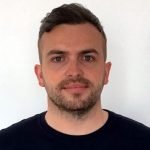 Andy is a Technical Coach with an applied background in Performance Analysis, Talent Management, and Talent Identification. Currently consulting for a number of high profile teams and individuals Andy has thirteen years’ experience delivering at the highest levels of professional football working at some of Europe’s top teams and with some of the World’s best players. He has been involved in over 500 competitive games, has represented his country (England) in three major tournaments and has worked across the EPL and in La Liga. 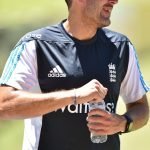 Giles has worked in Performance Analysis of elite sport since 2001. Initially working with Leeds Tykes in rugby’s Premiership before expanding his department to encompass the multi-championship winning Leeds Rhinos Rugby League team. In 2013 he became National Lead for Performance Analysis with the England & Wales Cricket Board – leading a team of men’s, women’s, age-group and disability international analysts as well as directing the game-wide strategy across the first-class county teams. More recently he has also undertaken an applied role with England Men’s Senior team. 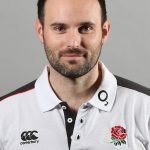 Duncan has worked in elite sport since 2004. He has experience of operating closely with elite coaches and performance teams, providing Analysis support across a variety of tactical and technical sports including the Senior England Rugby Team and The GB Cycling Team. Duncan’s association with England Rugby began in 2010, joining Insight (formerly PGIR) as a Senior Performance Analyst. Prior to this he spent 5 years at the English Institute of Sport in a similar role. 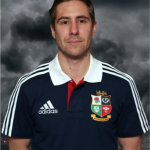 Mike Hughes has bee n working in elite level sport for over 15 years, and has had the privilege of being an integral part of some outstanding teams, including;  British and Irish Lions (2013 & 2017), Men’s Senior England Rugby Team, British Cycling and England Squash. Prior to joining Insight (formerly PGIR) in 2008 Mike worked as a Lead Performance Analyst at the English Institute of sport for four years, supporting the GB Cycling games at the Beijing Olympics in 2008. Mike has considerable experience of major competitions and is currently part of a 3 man analysis team supporting the British and Irish Lions in New Zealand 2017 tour. 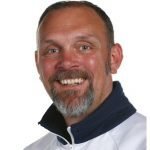 Stafford joined High Performance Sport New Zealand as Innovation Manager in January 2017. Prior to that he was the Head of Performance Analysis, Biomechanics and Skill Acquisition at the English Institute of Sport from 2002. Over a 20-year period, Stafford delivered and managed Performance Analysis services to numerous elite sports, including; South African Cricket, Welsh Rugby and Football, England Squash, McLaren F1 racing and numerous Olympic and Paralympic Sports) at some 23 World Championships, 5 Commonwealth Games and 3 Olympic Games. He has also consulted to Qatar Aspire, ECB, Shell Oil and Cisco Communications. Stafford has published extensively in the area of Coaching and Analysis of sport (40+ peer reviewed papers, 9 book chapters, 1 co-authored book and multiple sports magazine features.