This September mark’s 10 year’s since I returned from a ‘year out’ in Australia and started my business. Now with a business that employs 4 people and trying to raise 2 young kids I really do laugh at the notion of a ‘year out’. Considering the stats on businesses that don’t make it through year 1, I feel like 10 years is something to be very proud of. I did a business degree and then fled to Australia before any real decisions needed to be made. But in all honesty I left thinking I was going to study accountancy and for at least the first year of business I did study it part-time. Looking back now it seems obvious that I have ended up working with numbers. I was always the one who kept the ‘stats’ (goal scoring tables) on the football teams I played on. I was always interested in batting & bowling averages and was working them out at a young enough age that they didn’t matter. I even remember buying a cricket stats software that was on a floppy disk (ask your parents!). Having said that it was never a plan to start a business in sports. My dad had sold a business a few years earlier and had come across the software Dartfish in his spare time. We flew to Heathrow in late 2003, I was still in college, but my dad was looking for a new venture and decided to start selling the software here in Ireland. When I returned in Sept 2005 we decided to give it a go as a business.

In 2005/2006 selling software that cost €4,ooo + to people who weren’t even recording games was a hard slog!! Video analysis was not something most teams did then. They would record the odd game but ‘analysis’ was everybody sitting in a room and watching the thing start to finish. I would say only in the last 2-3 years has analysis become something you don’t have to explain to everyone.

Education (or lack of) was a huge thing I found. In a lot of cases teams were (and still are) buying expensive software but had no real idea what to do with it. I started this site in very late 2008, purely as an experiment. At that time if you had Goolged performance analysis nothing except software companies would have come up. I had no goals when I established it. There was no revenue model or going to be one. I had not heard of Seth Godin or read his book Tribes. I had absolutely no idea what use the site would be to anybody. I could make some basic enough websites, so I did and put up 4 articles. I wrote sporadically for the next 18 months. It wasn’t until March 29th 2010 that the site had it’s first 100 day!! 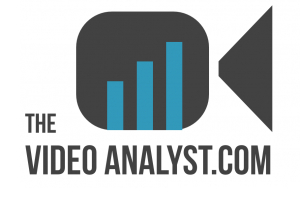 100 visitors arrived to read about Performance Analysis books. 18 months of getting not much more than 50 visits a day. But then it started to grow, not spectacularly, but it kept growing.

Without a doubt the site was one of best decisions I have made. Not for any commercial reasons, but purely because of the doors it has opened and the opportunity it has given me to pick the brains of much more intelligent people than me. Social media has made everyone more accessible but the site has made it easier still. The contacts I have made are too numerous to mention here, but most will know who they are. The thing about writing a blog is you put yourself out there, you have to take a leap and say this is what I know, this is what I think. But from that, I have learned much more because I have shared. I get ideas sent back to me that are better than I had myself, which is the whole point.

The other great thing about the blog is that I’ve been able to help people! Not too deep down in me is a teacher/coach screaming to get out and being able to help people was the whole point of the site and the business to be honest. I wish I had kept them all but I have received some fantastic emails throughout the years from people just saying thanks. It could be help with choosing a new camera or how to analyse their kids under 14 team all the way up to people telling me I changed their lives. I can assure you I didn’t but because of the site they have seen a job or made a contact that has set them on a different path. It’s a reward you can’t put a price on.

So What do you do?

I hate when people ask me what I do. I mean I love my job but I hate explaining it. When I tell people I work in Sports Analysis they look at me much the way a grown-up looks at a child who says he want’s to be a fireman! ‘Oh, that’s nice!!’ The thing is I have been able to carve out a career for myself. I am not rich by any means, but I get by and the business has been growing the last few years. I’ve managed to employ people and pay them (never interns).

Working for yourself means you are never ever off. My dad has been self-employed since I was born. 100% commission, every month. That can be tiring after a while, the pressure of starting every month on 0. It doesn’t matter the time of day or year, you have to live and breathe the business. I’ve made a thousand mistakes but would I change my current situation? No

Whatever the future holds I wanted to mark this moment. I want to say thanks to everyone who has visited the site, shared a link, interacted with me, asked me a question, answered one of mine, bought something from me, told a friend or even lurked in the background saying nothing.

And especially to my family.