A couple of weeks ago I had the pleasure of attending a Performance Analysis Interest Group meeting here in Ireland. It was really the first time ‘most’ of the analysts in Ireland got in the same room. Considering the size of the country and the number of analysts it’s surprising it has taken this long. But thanks to Johnny, Denise and Alan for organising it. 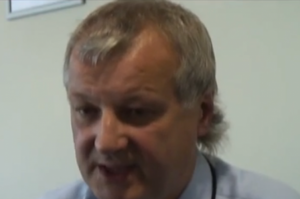 The day opened with a talk from Bill Gerard – Technical Analyst as Saracens Rugby. Bill is a great speaker and has a long history in Sports Analytics. The talk was over 90 mins but here were some of the key points Bill shared.

There were also 2 bigger points I thought were worth giving more than a simple bullet point to.

10. Bill was invited into Saracens via the front door – so he was not trying to influence up from an intern position or there were no layers between him and the director of Rugby. This immediately gave him a much more central role and meant his opinion was valued from day one. Sadly this is not often the case.

The other thing I really liked about his initial meeting with the back-room staff is that he met each coach on a one-to-one basis. The coaches gave that time to Bill to explain their KPI’s, how their post game review went and they types of things they looked for. This is such a vital step in the analysis – coach relationship. The more routine the analyst can take out of the coaches day the better, understanding as much as possible about what the coach is looking for makes you a more valuable analyst.  The fact that the coaches deliberately set aside this time is testament to the culture at Saracens and no doubt improves Bill’s effectiveness as an analyst.

11. Perhaps the most important thing I took out of the day was how Bill broke down the actual coding of the game. With regards to individual player performance they have two very distinct phases.

First they do the ‘Contribution Data’ – this is the tally information, the actual activity the players did. Ball contacts, that sort of thing. 10 passes, 6 Tackles etc… This information is important but it is very limited. This is the type of information that a 3rd party could probably collect.

The second stage is what Bill called ‘Intensity/Accuracy Data’. This is effectively how well the contribution data was done. This is the bit the coaches do and it mostly relates to things like decision making and how well the technique was performed. So the pass was successful (contribution data) but was it the right pass, was their a better option (accuracy data).

Although I’m sure this goes on in most teams – I thought it was a great idea to actually break it out into 2 distinct categories. But here is the danger. If an analyst gets stuck only ever collecting Contribution Data – are they really doing any thing more than just coding games? The real value is in the addition of specifics contained in the ‘Intensity/Accuracy Data’. This is data that is coach and team specific, it relates directly to how that team plays and is almost impossible to replicate from outside the team because only the coaches on the inside knows the intent or purpose behind some of the calls and actions.

For me as an analyst I try to add as much value as I can in the Intensity/Accuracy Data. That’s why I think it’s vital you spend as much time with coaches understanding their philosophy, what they want the players to do and how they think the game should be played. The more you can understand what the coach wants the more value you can add. It won’t happen over night – but if you want to do more than Capture-Code-Copy you have to move beyond Contribution Data.

All in all it was a great day and I will do a follow up post on some of the other aspects of the day soon. Any comments or anything to add would be great to hear from you?